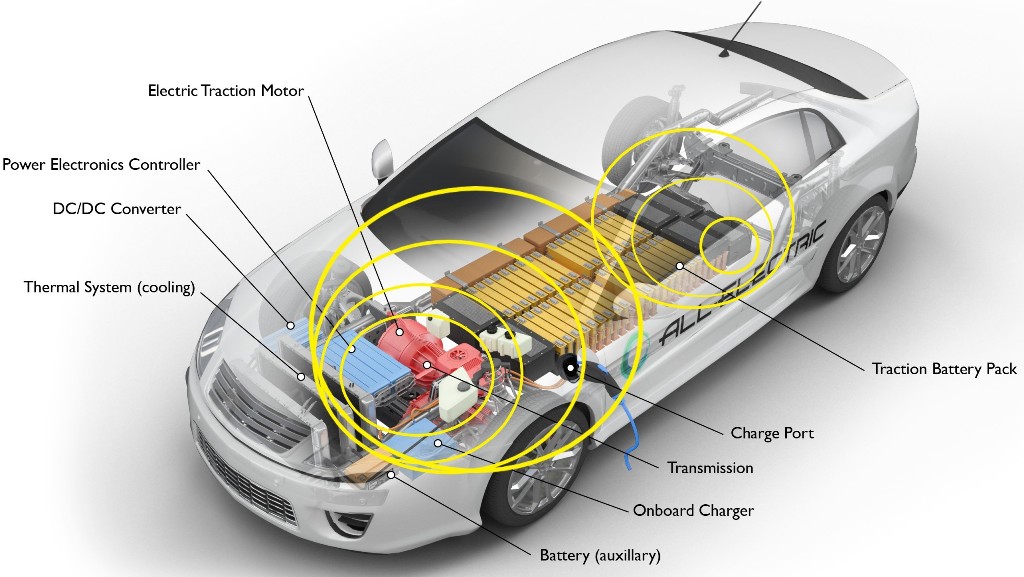 Electric cars have attained popularity in recent years. They have a solid reputation for energy efficiency and are esteemed for their cool, sleek appearance. They are highly economic because they save on gas. All that is needed for them to operate substantially is a simple battery, which can be replaced once it gets worn out. All you need to do is recharge it when it gets too low.

But electric cars may come with risks. There are concerns that were recently raised regarding constant exposure to electromagnetic fields and EMF radiation. Today’s electric cars operate on 40-120 kW. Although this statistic seems to imply less power, it only means one thing. Each vehicle is now increasing electrical use, and that could increase our exposure. This has raised concern among the general public about the possibility of cancer risk as a direct result.

Lack of distance between the passengers and the source of the EMF radiation may increase risk over time. Battery packs must be placed in an area where risk is minimized in the event of a fatal crash. This means that they are located right underneath each of the passenger seats, which is the source of direct exposure to EMF radiation.

When amperes circulate, they do so within mere centimeters from passengers and drivers. This risk of exposure increases during acceleration as the driver applies more pressure to boost speed. It is important to think of the amount of energy required during active acceleration in order to understand electromagnetic activity within your vehicle, and in so doing, you can get a good glimpse into why exposure risk detection is highly critical.

There are extensive studies being conducted regarding EMF radiation exposure and its relationship to our bodies. The current research explores the role of electromagnetic radiation that is reputed to increase the risk of cancer in passengers.

Electromagnetic Exposure in Hybrid and Electric Vehicles (EV): How Safe Are You?

Current studies are underway to measure the level of electromagnetic radiation and its connection to cancer risk. As it stands, the data are yielding more alarming results: electromagnetic radiation is occurring at even the lowest speeds during active driving. This means that the electric current needed to accelerate a vehicle at any speed can be fatal to the health of each passenger with prolonged exposure. In fact, there are new concerns about its possible connection to leukemia in small children, and the National Institute of Health and the National Institute of Cancer have raised the same concerns about exposure as they did when examining cases of residents who lived near high voltage power lines.

This begs the question of how safe we are when driving inside of those vehicles or when riding along as a passenger. Other concerns regarding artificial polarization come into play as we consider just how incompatible electromagnetic fields are with our overall biological sustainability.

The Electromagnetic Exposure Has Been Growing With the Modernization of Vehicles

As ordinary gas-powered vehicles are getting more modernized, our exposure to harmful electromagnetic radiation is slowly increasing. Most of our vehicles already come with wireless systems that have Bluetooth connectors, both of which make hands-free communication possible during driving. There are significant concerns regarding a potential relationship to wireless technology and its relationship to increased cancer risks, which makes sense given current supporting data on the matter. In fact, modern cars now have even higher electromagnetic fields due to wireless technology and electricity combined.

Another reason for rising concerns regarding cancer risk has to do with the outer body of any ordinary vehicle. When thinking on this concept, you should probably be aware of one of the main elements that serve as a major conductor of electricity, and that would be metal. Think of it as being like the old trick of sticking a Bobby pin into an electrical outlet. It draws a strong current which leads to electric shock, which can be fatal. And with that being stated, it comes as no surprise that any modern vehicle with a wireless system should be any different. This is a major cause for concern in electric and hybrid vehicles, both of which have increased levels of electrical output for ordinary power. And with hybrid and electric vehicles EV, this is the case every time.

Do Electric Vehicles Cause Cancer?

Even with previous data, further research is needed to explore the question of whether or not electric vehicles can cause cancer. So far, most of the information presented here is backed by evidence that was self-reported by consumers.

The vast reduction of voltage increases the likelihood that more amperes are being used, and that offers the bare minimum of protection against electromagnetic fields that could lead to cancer. If we factor in ordinary exposure through home wiring, trains, home appliances, transformers and power lines, this could double our risk of exposure to cancer.

Radiation is a major component in vehicles that are powered by any amount of electricity. This has been the subject of controlled experiments in which data are studied between two distinct groups: people with minimal exposure and people who have had greater exposure to radiation.

The results of the study remain inconclusive regarding electric cars and their connection to cancer. This remains a sensitive subject in need of further study. One hypothesis may point to methods that are used in which participants may self-report their exposure. The greatest risk is that information could be inaccurate not because of deliberate withholding but because the subject doing the reporting may not be as accurate in speaking about their radiation exposure. Scientists can request that each participant be fitted with a tracking device for improved accuracy.

Since the current data appear inconsistent, the only conclusion that can be drawn is to use caution. Anytime you begin to feel concerned about your vulnerability to harmful radiation, you can consider limiting exposure to other items such as power lines. Common sense dictates that no one should be anywhere near them for fear of electric shock. But the farther you are away from them, the less risky their effects are.

Hybrid and electric vehicles EV are different, however, and require discretion on both drivers and passengers. One of the best and perhaps only ways to avert risk exposure is to invest in a vehicle that only uses gas. But if you happen to be both health and environmentally cautious, then buying a hybrid might be the better option. In the meantime, doing research on what you’re planning to buy and asking questions are your best defense while further testing is being done.