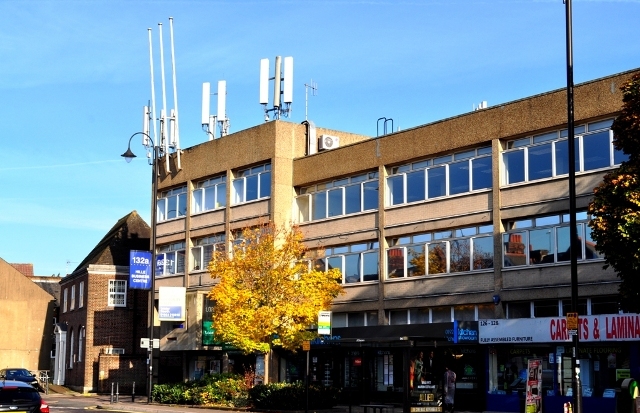 Mobile phones have made significant strides in technology, but their most significant upgrade has just begun. Much has been said about the 5th generation mobile technology and how it will transform the way we use computers. Not only will the increased speed make ordinary consumers happy when using their devices, but it will help usher in new technologies that change the world we live in. Not only is 5G faster than 4G, but it has other features such as much lower latency and a higher bandwidth capacity. But there’s also the fact that many people in the UK say that it could be dangerous.

The term millimeter wave is trendy, and it refers to a specific part of the radio frequency spectrum between 24 and 100 gigahertz, which have a very short wavelength. The spectrum section is pretty much unused, so millimeter-wave technology aims to increase the amount of bandwidth available significantly. In a nutshell, a high-frequency band covers a short distance but can carry much more data. That means, when rolling out the new generation millimeter-wave in the UK, a lot of 5th generation Cell Towers will have to be set up near schools, hospitals, residential areas, and public spaces. The 5th generation mobile technology will use beamforming technology to direct waves. This nature of the 5th generation network has caused many to raise concerns over its health safety.

Are our mobile cell towers dangerous? The scientific community is divided: some experts maintain they are safe while others have serious concerns. In 2011, the WHO classified electromagnetic fields associated with cellphones as “possibly carcinogenic to humans.” And studies published in 2018 showed that it increased their risk of specific cancer types when rats were exposed to such areas. Even among those who believe the technology is safe, many admit that more studies are needed. And for the 5th generation of cellular technology, there are almost no studies. Telecom companies themselves have noted that electromagnetic signals may pose a health risk.

Every day we are surrounded by invisible electromagnetic radiation from microwaves, dishwashers, computers, televisions, powerlines, wiring in the building, to cell phones. When radiation goes through the body, it can kill cells, and if those cells don’t heal properly, they might become cancerous. Radiation by 5G Cell Towers may be seen to have a correlation between cellphone radio frequency and increased incidences of cancer in animal studies. It is essential to acknowledge that the method of RF radiation exposure with animal subjects does not apply to the typical exposure to everyday cell tower exposure.

Numerous scientific publications have indicated that electromagnetic frequency (EMF) affects humans and other lifeforms. Birds and bees have been observed falling from the sky near these 5th generation Cell Towers. Migratory birds heavily rely on electromagnetic frequencies for navigation get disorientated whenever they came close to cell towers. If all these phenomena are being observed in birds and bees all over the UK, what about children? Studies have found hypothyroidism, basically a shrunken thyroid due to exposure to cell towers. Another cell tower health implication is that sperm is reduced and damaged by radiation coming from cell towers.

Can Cell Towers Cause Cancer?

The most common question posed by concerned citizens in the UK is whether cell towers can cause cancer. The ionizing waves that emanate from powerful 5G millimeter waves are a topic that should not be overlooked. It turns out that 5th generation cell towers radiation does have biological effects contrary to the assumptions that guide many regulatory policies on cell towers today. Cell towers have been with us for a relatively short time in the grand scheme of history. So it might take decades before the full negative impacts are felt. In a period of less than a decade, Parotid or Salivary Gland tumors tripled in the UK. This is the gland that is directly where people place phones on their neck areas to talk.

The 5th generation cell towers use higher frequency electromagnetic radiation, and so the waves are a lot shorter but with a higher frequency. That means that it is more dangerous and the waves don’t travel that far, so we have many towers closer together now. Electric posts, telephone lines, and any other utility will have mini 5th generation cell towers mounted to support the incoming 4th industrial revolution. Trees, houses, walls, and cars will block the millimeter waves, so to have adequate coverage, people will have to be close to the mini cell towers. To ascertain the best distance from cell towers, people will need radio frequency measurement meters. These meters can detect and measure the level of radiation being given out.

With the proliferation of newer and faster telephony technologies, we will continue to see a surge in 5G Cell Towers and more UK infrastructure. Ultimately, technology will continue to bring many positive advancements in our day-to-day life, but we should also have a critical look at its trade-offs. The rising cases of cancer and lifestyle diseases make this reevaluation of cell phone towers even more urgent. Schools, residential areas, and hospitals are sensitive locations that require special consideration. There should be more studies and regulations before it is deemed safe to roll out the infrastructure.