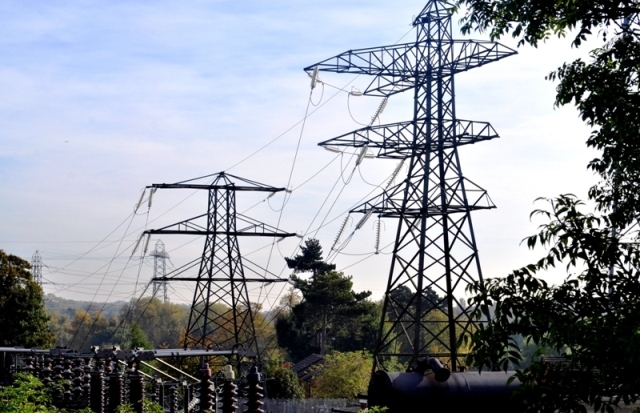 In our everyday society, it’s common to see pylons and their associated electrical wiring in neighbourhoods and near homes. Most people never think twice about this and assume that pylon towers are harmless.

However, pylon towers emit a type of radiation known as EMF radiation, which has been linked to many different health problems in both humans and animals. The distance that a home is from electrical cables and pylons can mean the difference between chronic health problems or living a healthy life.

Many different research studies have provided us with evidence of the dangers of pylons, but few people are aware of this or know what health risks they might be facing when living near pylons.

The obvious links between the radiation emitted by pylons and various health conditions shouldn’t be ignored.

What is EMF Radiation?
Electromagnetic field radiation (EMF) is a type of invisible energy that can be man-made or found in nature. Two basic categories that EMF can be classified into are high-frequency and low-frequency fields.

Man-made devices and household items that emit low-frequency EMF’s include microwave ovens, computers, cell phones, pylons, and power lines. In nature, sunlight sends out a form of EMF’s, though these are considered to be high-frequency EMF’s. This is why repeated or prolonged exposure to the sun is known for causing skin cancer and other tissue changes in the human body.

EMF and Pylons
High-voltage pylons exist throughout the UK and many homes are built around these structures. Electromagnetic fields are constantly emitted from these pylons, as well as from the power lines that connect to pylons. This puts families in homes near pylons or power lines at risk. The closer that the home is to either power lines or pylons, the more risk there is that potential health dangers can occur. The duration of time spent near these structures can also magnify this and increase the risk.

E-fields vs. B-fields
EMF’s fall into two types: static electric fields (E-fields) and magnetic fields (B-fields). E-fields emitted by pylons aren’t considered to be as dangerous to humans as B-fields simply because there’s normally less exposure to E-fields. These electric fields are more easily blocked by things such as trees, building walls, and the ground.

B-fields, on the other hand, are not blocked by these types of objects, which means that they have a greater range and can therefore reach humans inside their homes much more easily than E-fields.

However, this doesn’t mean that E-fields are not dangerous as well if one remains particularly close to an EMF source. In animal studies, guinea pigs that were exposed to E-fields had significant tissue changes within their brains after just 3 days of exposure. Now while that may sound alarming, even more alarming, is the fact that humans living near pylons may be experiencing exposure on a daily basis for many years.

Infertility
Exposure to the electromagnetic fields from pylons may also cause infertility in both men and women. A January 2019 study, which involved 933 women, found that the closer a participant was to power lines, the more likely they were to be infertile. Those living within a 500-meter distance of power lines were four times more likely to have fertility problems.

Of course, the researchers considered other things such as age, education, type of job, and other factors. They found no association between these things and infertility. The only possible connection they could find was the distance between EMF-emitting power structures and homes.

Cancer
One of the first major studies on EMF’s was a study that was conducted in the U.S. in the 1970s. This study, which took place in Denver, Colorado, became known as the Denver EMF study. The researchers wanted to determine if there was a link between EMF exposure and increases of cancer in children.

The researchers noted that children who had cancer were more likely to have large amounts of electrical wiring near their homes. They also found differences in cancer rates between children who remained in the same address for most of their lives and children who had moved to different addresses frequently.

Medical Implant Devices
In humans, studies by different groups have shown that low-frequency EMF’s can affect cardiac pacemakers, defibrillators, and metallic health devices that have been surgically implanted. The World Health Organization (WHO) reported that electromagnetic fields can cause some pacemakers to operate abnormally, and they found that this was caused by both the E-field and B-field aspects of EMF.

The WHO also stated that some types of artificial medical devices that have been implanted in humans may become misaligned within a person’s body as EMF’s may create torque pressure against certain types of metal. Devices that were specifically mentioned include catheters, prosthetic parts, surgical clips and infused needles.

Mental Disorders
There’s evidence that living within close proximity to pylons may also put families and or individuals at risk for certain mental disorders, such as depression. Electricians and linemen, who are regularly exposed to low-frequency EMF, were compared to power plant operators in one study that was researching suicide rates. The workers who had increased exposure to the radiation were found to have an increased risk for suicide. EMF’s have been known to affect circadian rhythm and melatonin production in humans, which have both been blamed as causes of depression.

Sleep Disturbances
While many people who live near pylons aren’t home during the day, this doesn’t mean that their risk of EMF exposure is reduced. Because the human body heals and repairs itself at night, particularly during REM sleep, exposure to electromagnetic fields while sleeping may pose an even greater risk to human health than exposure during the day.

Two studies in Switzerland in the 1990s both found that sleep patterns were disturbed by exposure to EMF, even with only 2 hours of exposure per day. When the exposure to EMF sources was stopped, patient sleep quality improved.

The power lines that extend out from pylons normally emit between 50-60hz of low-frequency EMF. A study at the National Institute for Psychosocial Factors and Health in Sweden found that participants who were exposed to 50hz of EMF, the same amount emitted by power lines, experienced sleep problems in which their total sleep time was reduced.

Source: Exposure during sleep can have bigger impact www.ncbi.nlm.nih.gov/pmc/articles/PMC3561068

How to Protect Against EMF
For families or individuals living in homes near either power lines or pylons, an electricity pylon EMF survey can be conducted in a home to determine if there are unsafe levels of EMF radiation nearby. An EMF-reading device, which can measure different strengths of electromagnetic fields, can not only tell if there is EMF present, but also whether the levels are dangerously high or below what’s considered safe.