Skip to content
Home
|
Is It Safe to Drive Electric and Hybrid Vehicles? 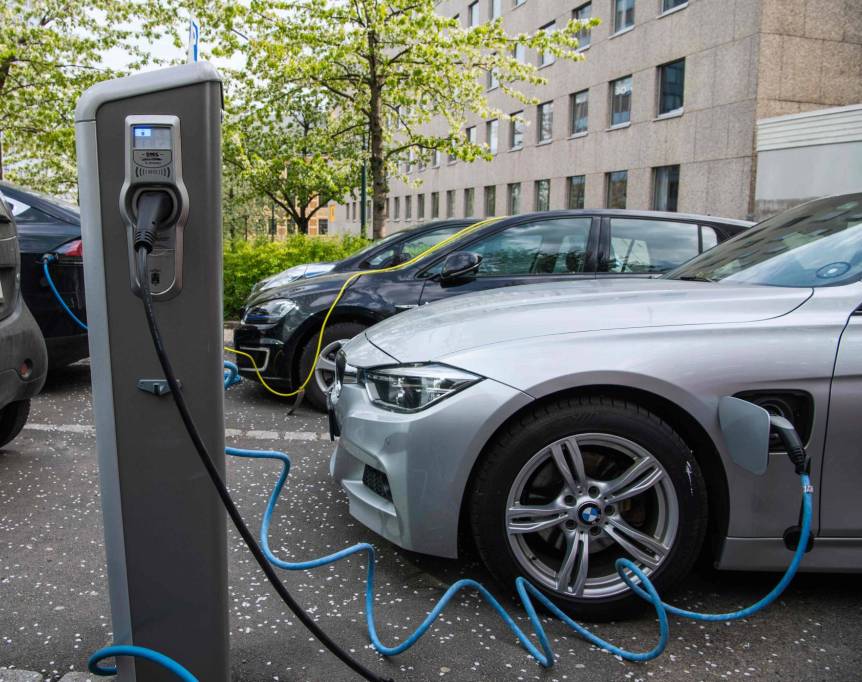 The use of electric and hybrid cars continues to increase as technology advances. The public is becoming concerned about the possible health effects caused by these vehicles.

Electric and hybrid cars raise concerns because they emit higher levels of EMFs. Research has been conducted to identify the health effects of these electromagnetic fields (EMF). There have been concerns that this exposure can cause cancer, among other health problems.

Research by scientists has not given a clear answer on this matter. It would be appropriate to consider the reasons behind the health concerns and determine how you can ensure your safety.

What are Electromagnetic Fields (EMFs)?

They are invisible waves of energy generated by electricity. EMFs come from devices with electrical power such as mobile phones, hairdryers, and computers.

The entire population in the world has some exposure to EMFs. This exposure has been on the rise due to an increase in the use of electronic devices.

There are two types of electromagnetic radiations, ionising and non-ionising radiations. Ionising radiations are so strong that they can remove electrons from an atom, for example, x-rays. This ionisation process is harmful to the body cells.

Non-ionising radiations are less powerful, but they can make atoms vibrate and generate heat in the body, for example, radio waves.

Research has been conducted to identify whether there is any relationship between non-ionising EMF and adult cancer. According to a publication by the National Cancer Institute, some scientists concluded that long-term exposure to EMF increases the risk of cancers, especially brain tumours and leukaemia.

Other studies have not been able to show the relationship between cancer and exposure to EMFs. Such is due to the difficulty in identifying the cause of cancer once it has developed. Since many cancers are detected a few months or years after taking root, it is not easy to know the initial cause.

Other than cancer, exposure to EMFs id said to cause headache, fatigue, insomnia, dizziness, and frequent illness.

To minimise the effects of EMFs, you can minimise the time you are exposed to EMF devices or keep some distance between you the EMFs sources.

EMFs from Electric and Hybrid Vehicles

With electric powers of 40 to 120 KW, Electric and hybrid vehicles are no doubt sources of EMFs. There is more exposure to EMFs at the foot section than on the head. There is also more exposure at the back seat.

Therefore, this means that there is more risk to children in the car than to adults. A child’s head is closer to the floor, and most of them are carried in the passengers’ seat where EMFs are stronger.

The EMFs generated will be higher if you drive faster because more electrical current is produced. However, when the car is off, EMF will not be generated.

Is It Safe to Drive Electric and Hybrid Vehicles?

Most of the scientific research that we have come across gives mixed results. Short-term safety may appear to be there, but long-term safety is a major concern.

The effects of EMFs are not seen immediately. Long-term exposure causes health problems.

Some scientists say that an electric car is safe to drive if it complies with the EMF emission standards. The International Commission on Non-ionisation Radiation Protection (ICNIRP) is one body that sets EMF standards.

According to Joel M, a doctor of philosophy in public health from the University of California, the claims by WHO that EMF has not led to adverse health effects are false.

Another group of EMF experts has appealed to the WHO and UN to have the EMF standards reconsidered. According to them, WHO has ignored the fact that people can be affected by low-frequency non-ionising radiations.

The least you can do as a car owner is to ensure that your car meets the set EMF standards. If it does, you can consider it safe for driving.

If you want to know whether your car complies with those standards, you may get a confirmation from an EMF surveyor.

Why EMF Surveys Are Necessary for Electric or Hybrid Vehicles

Many people spend a lot of time in their electric or hybrid cars. It means that if your vehicle has high EMFs, you might get affected.

If you are concerned about the EMFs emitted by your electric or hybrid car, it would be nice to have an expert conduct an EMF survey in your vehicle.

EMF surveys will help to measure the level of electromagnetic radiations that your car generates. The test is important to ensure that you and your passengers are safe.

It is wiser to take precautions and have your electric or hybrid car checked to be on the safe side.

It is advisable to keep monitoring the levels of EMFs generated by your electric or hybrid car to minimize the chances of having health problems in the long term. That way, you can ensure that the EMFs emitted by your car is always within the recommended levels.